Most investors have seen or experienced a crowded trade -- a security or theme that has attracted an inordinately large number of followers or believers. The problem is that when it is “on”, such a trade often feels like a good bet until it falls apart. MSCI cites the risk of crowded trades thus: an “overlap of positions among managers may result in extreme levels of risk when those investors experience negative shocks in other parts of their portfolios, forcing them to liquidate their positions (selling what they can, rather than what they would necessarily like to.) These ‘fire sales’ may then cause losses for other investors following the same strategy and result in further liquidations, driving stock prices into a downward spiral.” 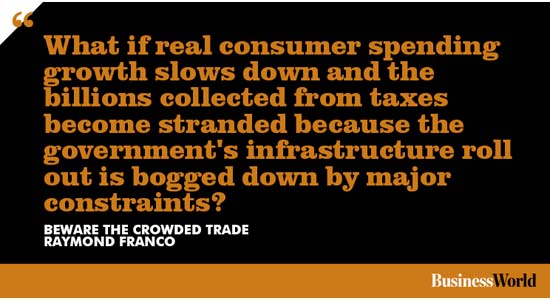