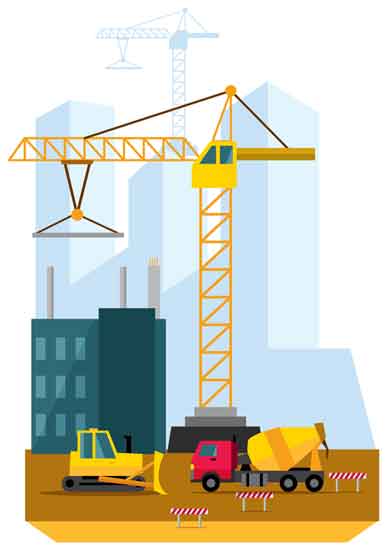 Oppositors to the tax reform bill being pushed in Congress, as embodied in House Bill (HB) 5636, are quite numerous. In addition, a good number of senators have voiced reservations with regard to one or more components of TRAIN (Tax Reform for Acceleration and Inclusion).

Very few, however, have expressed reservations about the government’s P8.14-trillion infrastructure push. Indeed, my not too optimistic view on “Build! Build! Build!” is probably unique within the investing community. My doubts have less to do with the possibility that TRAIN will not raise enough additional revenue and more with the question of whether or not the country has the absorptive capacity to roll out all the railways, airports, roads, and other infrastructure from 2018 to 2022.

There are several constraints.

First, the country’s notorious bureaucracy can stall even priority projects. Agencies often find themselves at odds with each other, losing bidders regularly go to courts seeking injunctions and, of course, corruption is rampant.

Second, right-of-way issues can cause significant delays, running up to a year or more, for road projects.

Third, the domestic construction industry does not have the capacity to handle P8.2 trillion worth of projects over five years. DMCI, the largest construction firm in the country, recently said that it can only handle P50 billion worth of projects at any given time but this already includes commercial and residential buildings. Overall, local contractors don’t have a lot of spare capacity that can help roll out the government’s massive infrastructure binge. This is where Chinese construction companies will come in but a slew of other potential problems may arise because of this.

The fourth and, by far, most important constraint is manpower.

Sec. Pernia said during one forum that P8.14 trillion worth of infrastructure spending will create about 6.3 million jobs until 2022. We learned later that this figure was based on dated (circa 2006) input-output tables.

Given improved technology, we (at Abacus/MyTrade) estimate that the number of workers needed over the next five years is closer to 3.4 million. In either case, we should be ecstatic because millions of additional jobs would generate trillions in salaries and put a fire under consumer spending, right?

In fact, we believe that even our own conservative estimate is impossible to reach.

First, construction companies have long complained that there is a dearth of middle managers and foremen in the industry because many of them seek greener pastures in foreign lands.

More recently, they have also been hurt by a shortage of skilled workers. These include welders, electricians, painters, machinists, heavy equipment operators and others. The shortage is forcing contractors to pay a premium for skilled workers and/or recruit and train farmers and fishermen from far-flung provinces. The government’s planned infrastructure binge, they acknowledge, will worsen the shortage and probably push labor costs higher.

This all sounds counter intuitive given that so many Filipinos of working age are unemployed. But the fact is that the rate of labor force participation (LFPR) has actually been declining in recent years. This can be traced, in part, to the implementation of the K-12 program. Those who were supposed to graduate from high school two summers ago and who had no intention or capacity to go to college should already be in the labor force but are not.

With the recently signed law granting free education at SUCs, the dip in the LFPR may be prolonged. Meanwhile, one hypothesis (credit goes to an applicant I interviewed last year) is that many Pinoys are delaying their entry into the labor force because their finances are well taken care of by relatives who are OFWs. The attitude, it would seem, is why work when life is already comfortable with the dollars, rials, or euros that papa/mama/kuya/ate sends back home.

Whatever the reasons are, the fact is that LFPR is falling and the result is that an average of only 415,000 people have entered the labor force for the past five years. Given that half of these new laborers are women, only about a quarter million men are added to worker rolls every year. So where, again, will the government find the 3.4 million to 6.3 million (mostly male) workers?

A key problem is that the LFPR is inherently sticky and only moves a few tenths of a percent per year (most of the time).

It is practically impossible, therefore, for the country’s male LFPR to jump from 77.9% in October 2016 (latest available data) to more than 85.0% by 2022 if we use Pernia’s 6.3 million new jobs. This is especially true considering that of those who are of working age (15-65 years old) but are not in the labor force, only 30% are males and of these, many are students. The pool of potential recruits, therefore, is smaller than it appears.

The final possibility is to import labor. Some, for example, have speculated that Chinese construction giants will bring their own workers here. China’s labor force, however, started shrinking a few years ago and wages there have been escalating by double digits annually as a result.

For construction jobs, in particular, there is a wide gap in wages between China and the Philippines. It may therefore be too costly to bring in Chinese laborers. For other reasons, we also believe that recruiting workers from other countries like Vietnam, Myanmar, Pakistan, or Bangladesh is also unlikely. Apart from the language barrier, assimilation would be unwieldy, at best, because of cultural differences. Housing hundreds of thousands of foreign workers, much less a million or more, would also be a logistical nightmare.

Even if P1.2 trillion in additional tax revenues can be raised, and even with promised support from China and Japan in the form of ODA, there may not be enough warm bodies to go around. It is also possible that the government will inadvertently crowd out the private sector in competing for a precious resource (labor) and stunt growth in other areas of the economy.

Our worst case scenario, however, is that the government will indeed be able to collect P1.2 trillion in incremental taxes over the next five years but that the money will be largely unspent because of all the constraints enumerated above. This will be a big, unexpected drag on growth.

Instead of pursuing all the projects encompassed in the P8.14 trillion spending program, it would probably be worth to consider which infrastructure need to be prioritized. Those with the most expansive impact to the economy should be greenlighted first.

For example, the number of foreign tourist arrivals has more than tripled since 2010. This has brought in foreign exchange and the private sector has responded by building tens of thousands of new hotel rooms. A weaker peso relative to the region should further enhance the Philippines’ attractiveness to tourists.

Our airports, however, are bursting at the seams and the tourism sector is likely to slow if gateways like NAIA are not expanded or even replaced. This is one area, therefore, where the government can get the biggest bang for taxpayers’ bucks. Not only would bigger and better airports make it more fun for foreigners to visit the Philippines, but Filipinos would benefit from a more robust economy.